As a psychologist and a family marriage therapist in Beverly Hills, and someonewho has been working closely with the Beverly Hills schools for over 12 years, I have personally witnessed and been part of the confusion, tension and worries that engulfed the Iranian parents and school personnel during the exodus from Iran to America.

It was right after the Iranian revolution in 1979 when thousands of Iranians began migrating to America and California. Once here, many chose to live in Beverly Hills because of the high standards that exsited in the school system. We began educating both sides on the differences between the tho cultures by giving seminars for both the teachers and and newly-immigrated parents. We explained the major differences that exsited, between the two educational systems, etc. We tried to bridge the gap that existed, and all that was unfamiliar and unknown, so as to make the system work more smoothly.

However, as an educator and a therapist and someone who was very involved from the beginning, I have witnessed the great many problems that our parents, their children and the teachers have experienced in the schools, even though sincere efforts were made by all including school principals and administrators to smooth the integration process. I believe that even though we made great process, we have still many problems and issues from both the school personnel and the Iranian parents' side that need to be looked at and worked on to fully integrate and haronize the community.

There is a need to end any negative mood that may exist between some teachers, parents and their children. It would be very helpful to have Iranian speaking professionals work from within the school system to help bridge some of the gaps. More seminars, panels and information about the problems are needed to be taken when problems are highlighted.

The Iranian American Parents of IAPA was formed by the Iranian American parents of the schools so that it could help in this regard.Its objective is to unite all Iranian parents at the Beverly Hills schools. By making a group effort, the hope is that we can unite all the parents in getting more participation and involvement in both school and city activities.

We wish the teachers of Beverly Hills all the best on their quest to hand over the shining light of knowledge to their students. 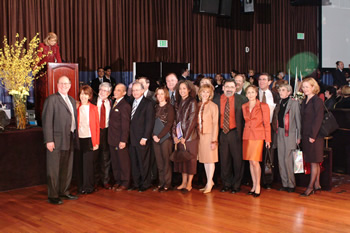 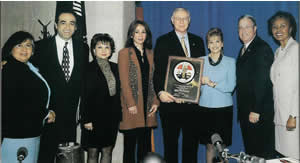